Today, Canadians will pause for a moment of silence to honour the men and women who have served and continue to serve our country in recognition of Remembrance Day.

At Boardwalk, we feel genuinely fortunate to have 319 veterans living in our apartment communities across Canada. We are honoured that they chose Boardwalk to call home. Each of these Veteran Residents has a different story to tell and today, we are happy to share George Lang Seitz' story. A loyal Resident and proud Canadian Veteran.

George Lang Seitz was born in the city of Sault Ste. Marie, Ontario in June 1949 and courageously made the decision to join the Canadian Airforce when he was just 19 years old. For the next 27 years, George served his military career in various places around Canada and across the globe including, Gypsumville, MB, Edmonton, AB, Penhold, AB, Ramstein, Germany, Thunder Bay, Ontario, Halifax, NS and Saskatoon, SK.

“My first days in the military were odd, but I also had a lot of fun. I was posted at Cornwallis, NS from November 1968 – January 1969 and completed my basic military training there. It was quite an interesting experience.”.

George was posted overseas to Germany for five years between 1975 - 1980. He was deployed to the 4th Allied Tactical Air Force in Ramstein, Germany, a NATO military formation under Allied Air Forces Central Europe tasked with providing air support to NATO's Central Army Group.

“Ramstein is a huge U.S Air Force Base, and there were about 70 Canadians stationed there, including me. At the time, I was an administrative clerk working in office registry.”

One of George’s most memorable experiences in the military was flying in the cockpit of a C-130 Hercules, an American four-engine turboprop military transport aircraft.

“We were flying from Thule Air Force Base in Greenland to CFS Alert in Nunavut, Canada. Both military bases are two of the northernmost stations in the world. It was amazing looking down at the Arctic Ocean as we were coming in for a landing. I’ve never seen anything so beautiful.”

When asked about the friendships he made while in the military, George says:

George shared a time he was at a curling bonspiel with other military personnel in Borden, Ontario.

“One memory I have is stuffing a bunch of blue cheese into a buddy’s pillowcase. We had all arrived from different areas of the country. We were there for a while, and he didn’t notice until the fourth day! It was hilarious. He’s actually the last contact I have from the military.”

George’s service ended in 1995 when he signed release documentation at CFB Moose Jaw. Since then, he has worked several jobs involving administration and sales.

“It felt like a ton of bricks had been lifted off my shoulders. I learned a lot of new skills in the military and had the opportunity to travel to many different countries in Europe. My memories of the military are primarily positive; however, looking back, my service required my family to relocate very often. It was easier when my kids were younger, but moving teenagers away from their friends and putting them in new schools each year was challenging.”

Today, George proudly works part-time for The Canadian Fallen Heroes Foundation, a charitable organization whose mission is to individually thank and honour every man and woman who made the ultimate sacrifice to protect our freedom in wartime.

We are very proud to have George as part of our Reid Park Estates apartment community! Thank you, George, and our other veterans for your service!

*Did you know that Boardwalk offers a rental discount to our military veterans? Contact us today to find out more! 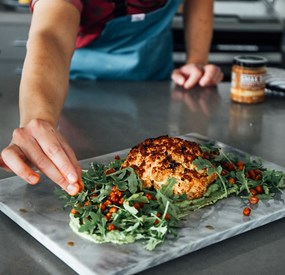 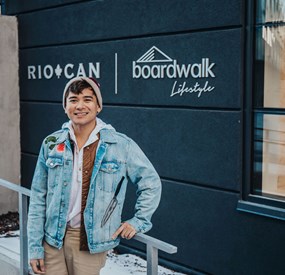