The Future of Homeownership

With housing prices at a near-historic high and wages down, buying a house is becoming increasingly difficult for Canada’s millennial population.

There are several reasons for this dramatic difference in homeownership.

Baby boomers, the massive generation of individuals born between 1946 and 1964, lucked out in the generational lottery. They entered adulthood with a thriving job market, living-wage incomes, affordable education and a reasonable housing market that allowed for 45% of them to purchase their first home between the age of 25 to 34. Today, they continue to hold a significant amount of wealth in Canada and will retire with better health and a longer life expectancy.

On the contrary, millennials, defined as being born between 1981 and 1996, have weathered multiple recessions, entering the workforce in one of the worst possible periods of time. Millennials continue to face an overwhelming number of economic disadvantages including record levels of student loan debt, stagnant minimum wages, unaffordable housing markets and ballooning costs of living. Together, these obstacles are causing many millennials to put off important life goals, such as homeownership.

“Affordability and the ability to access the housing market is a major concern to many millennials.  The dynamics of the Canadian housing market, along with the overall economy, have changed drastically over the past 40 years. Historically, purchasing a home has been one of the main methods Canadians used to invest their money. However, those who are currently invested in the housing market and those looking to start participating are considering various options for housing and investment opportunities.”, says Jeff Klaus, Boardwalk’s Vice President of Development and Acquisitions.

As Klaus points out, homeownership is about much more than just owning a home. The wealth invested in our homes over our lifetimes represents economic security, and a means to live more comfortably in our later years.

Nationally, the gap between income and home prices has been continuously rising. A study released by Generation Squeeze, a non-profit organization that advocates for young Canadians, suggests the affordability gap between baby boomers and millennials is alarming, highlighting that the average millennial must save for approximately 13 years to afford a 20% down payment on an average priced home in Canada. That’s eight years longer than their counterpart in 1976. The report also states that millennials would need to double their average income or conversely, average home prices in Canada would need to drop approximately $223,000, which is half of what they’re worth, to become affordable enough to sustain an 80% mortgage.

At the same time, according to an RBC poll, four in 10 Canadians who had the means to purchase a home have discovered that living “house poor” is a reality, spending significant amounts of their total income on household expenses. On the other hand, 51% of Canadians say they would not put themselves in the position of being house poor, and would rather look at alternative housing solutions.

“It is generally recommended that an individual or family not spend more than 30% of their gross income on housing or rent.

Based on a median Canadian income of $49,800, this equates to a monthly payment of $1,245, which is above typical one-bedroom rent.  Also, that one-bedroom rent may include utilities (such as heat, water), whereby with homeownership the owner needs to also consider costs such as property taxes and utilities above and beyond the mortgage payment.”, continues Smandych.

So, if millennials aren’t purchasing their own homes, where are they living? As it turns out, millennials seem to be content with shifting to a different housing landscape.

In the past decade, renting has increasingly become a popular and sustainable option for many people - specifically, our neighbours across the pond.

In Europe, renting is considered a perfectly acceptable alternative to homeownership. In fact, according to Eurostat, approximately one in three Europeans rented their home in 2016. The highest percentages of rental properties were in Germany (48.3 %) and Austria (45 %), with an even higher percentage in Switzerland (57.5 %). In major metropolitan cities like Paris, one in three people rent.

In Europe's most economically prosperous country, Germany, renting is considered the norm. Even more, according to the OECD, Germans are happy to be renting their homes. In their survey, more than 93% of German respondents said they’re satisfied with their current housing situation.

So why are people so eager to rent in Europe? For one, renting an apartment is more in line with millennials’ changing lifestyles -  especially in heavily urbanized cities. These days, people are prioritizing convenience and freedom more than ever – attributes that most apartments offer. In addition to a short—term commitment, apartments are typically located in centrally located neighbourhoods and have added amenities such as fitness centres and social rooms. Moreover, apartments are cheaper to heat and are relatively safer than houses. Single-family homes also have higher maintenance costs.

“Along with the burden of monthly housing-related costs, such as property tax and utilities, the time and cost of maintaining a house are very high.  Simple maintenance such as annual furnace services, dryer vent cleaning, gutter clearing and painting will have homeowners spending lots of money and time to carry out these tasks. It’s also important to consider that many household items have service lives of 10-20 years, which are costly items when the time comes to replace them.”, shares Klaus.

These additional costs and tasks are not unique to traditional single-family detached homes, but condos and townhomes as well. Typically, the condo association collects monthly or annual fees for the required upkeep and maintenance of the property.

“These additional costs, whether paid as condo fees or individually to service providers, can add up to a significant amount each month. On the contrary, when you rent an apartment or townhouse, these maintenance costs are already included in the rent you pay.”, continues Klaus.

In addition to the financial and social benefits of renting, the housing industry seems to be experiencing a cultural shift. These days, younger generations are actively making housing choices based not on what’s traditionally expected by society, but on what is important to them. They’re choosing to invest their money in other areas besides homeownership and spending more on experiences.

In short, the desire for people to own their home has lessened. Although homeownership remains deeply normalised, traditional living situations are evolving beyond the “white picket fence”. With an increasing demand to bring relief to Canada’s housing market, multi-family developers such as Boardwalk, are seeking opportunities to develop brand-new communities for Canadians to call home.

“Another benefit of renting is that you have access to exciting amenities. Whether its high-end fitness facilities or large social gathering spaces, these are the features Boardwalk is excited to bring to our residents. We want all our residents to have the benefits of living in a home and more.”, says Klaus.

CIBC. (2018). Canadian millennials dream of being homeowners but most aren't planning for it: CIBC Poll. Retrieved from https://www.newswire.ca/news-releases/canadian-millennials-dream-of-being-homeowners-but-most-arent-planning-for-it-cibc-poll-680903401.html

We’ve put together a list of helpful apartment hunting tips 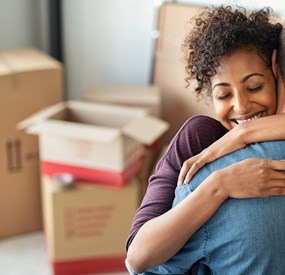 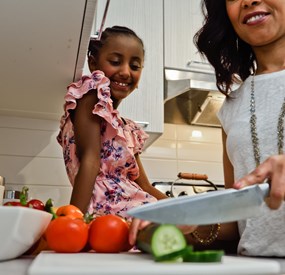